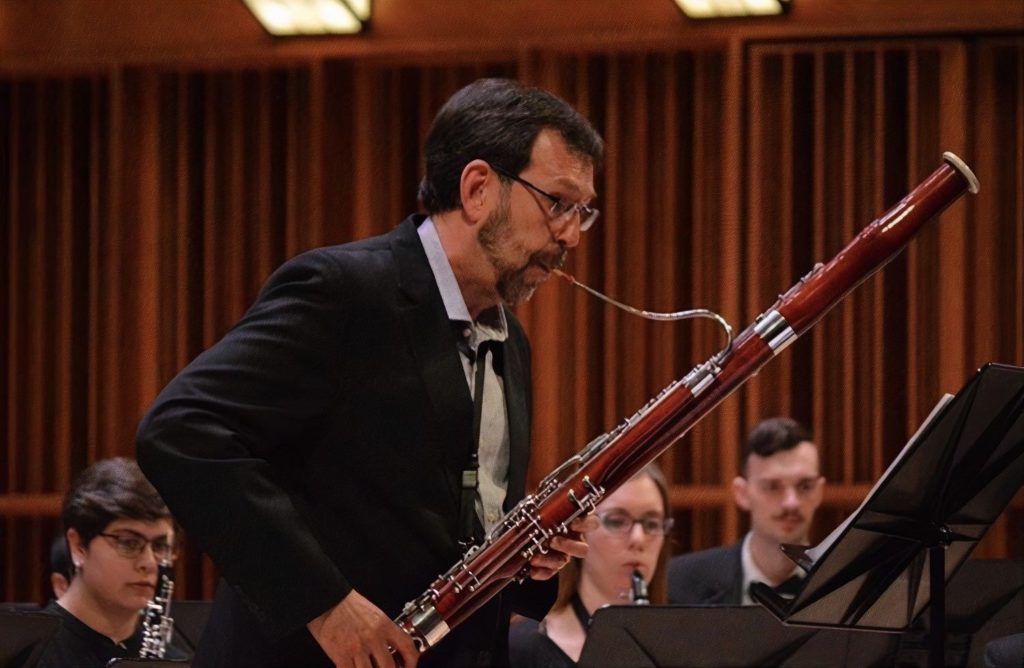 Keith Sweger is Professor of Bassoon at Ball State University. Active in the International Double Reed Society (IDRS), he is currently past president. He previously served as President, Chair of the Gillet-Fox International Bassoon Competition and hosted the 2006 conference of the IDRS. Sweger is principal bassoon of Orchestra Indiana, contrabassoon of the Fort Wayne Philharmonic, and performs regularly with the Indianapolis Symphony Orchestra. He has been a recitalist at professional conferences and at colleges and universities around the US and abroad. He has recorded on the Arsis, Capstone, Albany, and Alicia labels. Strongly committed to teaching, Dr. Sweger is in demand as a clinician and guest teacher at colleges and universities and at summer festivals and camps. His students have received many honors and are playing in orchestras and teaching in universities, colleges, and public schools around the United States. Sweger was named the recipient of the 2007 College of Fine Arts Dean’s Teaching Award, the 2008 Indiana Music Educators Association Outstanding University Educator Award, the 2013 Dean’s Creative Endeavor Award, and a 2010 American Masterworks grant from the National Endowment for the Arts. He was a guest artist/teacher at the 2011 and 2013 Asian Double Reed Association (ADRA) conferences, the 2012 Beijing International Bassoon Festival and the 2014 Spanish Double Reed (AFOES) conference and the 2017 Brazilian Double Reed Society (ABPD) conference. Dr. Sweger is a Fox Artist, performing on a Fox model 201.