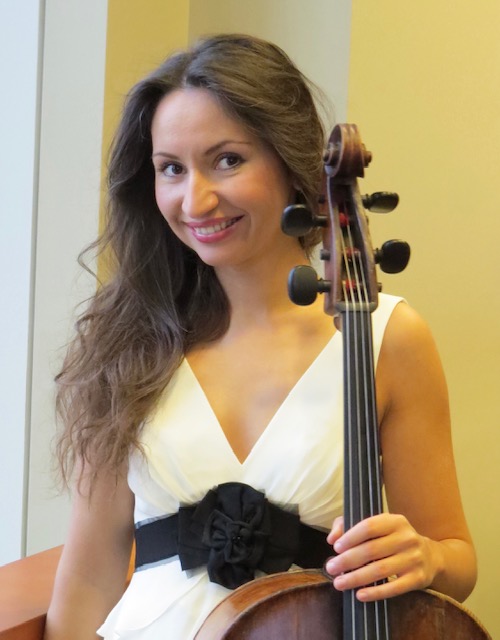 Originally from St. Petersburg, Russia, Anna Thompson-Danilova is currently holding substitute positions with the Indianapolis Symphony Orchestra, Louisville Symphony Orchestra as well as the Indianapolis Chamber Orchestra. Nationally and internationally, she has been a substitute in the New World Symphony Orchestra, Florida and performed both as a principal player as well as soloist with the Zazerkalie Orchestra and the Conservatory Orchestra of St. Petersburg. Anna has given solo performances in the United States, Russia and Europe. She is currently the principal cello of Orchestra Indiana, Carmel Symphony and Marion Philharmonic Orchestras, and current cello faculty at Indiana Wesleyan and Taylor universities. Her students are regular winners of regional competitions.

She studied at such renowned institutions as the Rimsky-Korsakov Music College and the Rimsky-Korsakov Conservatory in St. Petersburg where she holds Bachelor and Masters degrees in cello performance and was a student of Alexey Massarsky. She furthermore holds an Artist diploma and additional Masters in cello performance from Ball State University, where she was studying with Peter Opie and had a full assistantship.

She has performed in cello master classes with Richard Aaron, David Garrett, Stephen Balderston, Emilio Colón, Robert DeMaine, Eric Barlett, Anthony Elliott, Natalia Gutman, and Susan Moses, and in chamber music classes with the Moscow Piano Trio and Academy of St. Martin-in-the-Fields Chamber Ensemble. Anna received numerous grants and scholarships to further her education, among them a Scholarship for the annual Round-Top festival in Texas as well as a full assistantship at Ball State University. She has participated in the National Repertory Orchestra, Round-Top festivals and the Chamber Music Seminar in Pittsburgh and won several regional competitions in St. Petersburg.